These Air Fryer Bacon Wrapped Brussels Sprouts with Maple Glaze are awesome!  Cooked to perfection in your Air Fryer. These will make an awesome appetizer or a recipe for a pitch in, party or potluck! 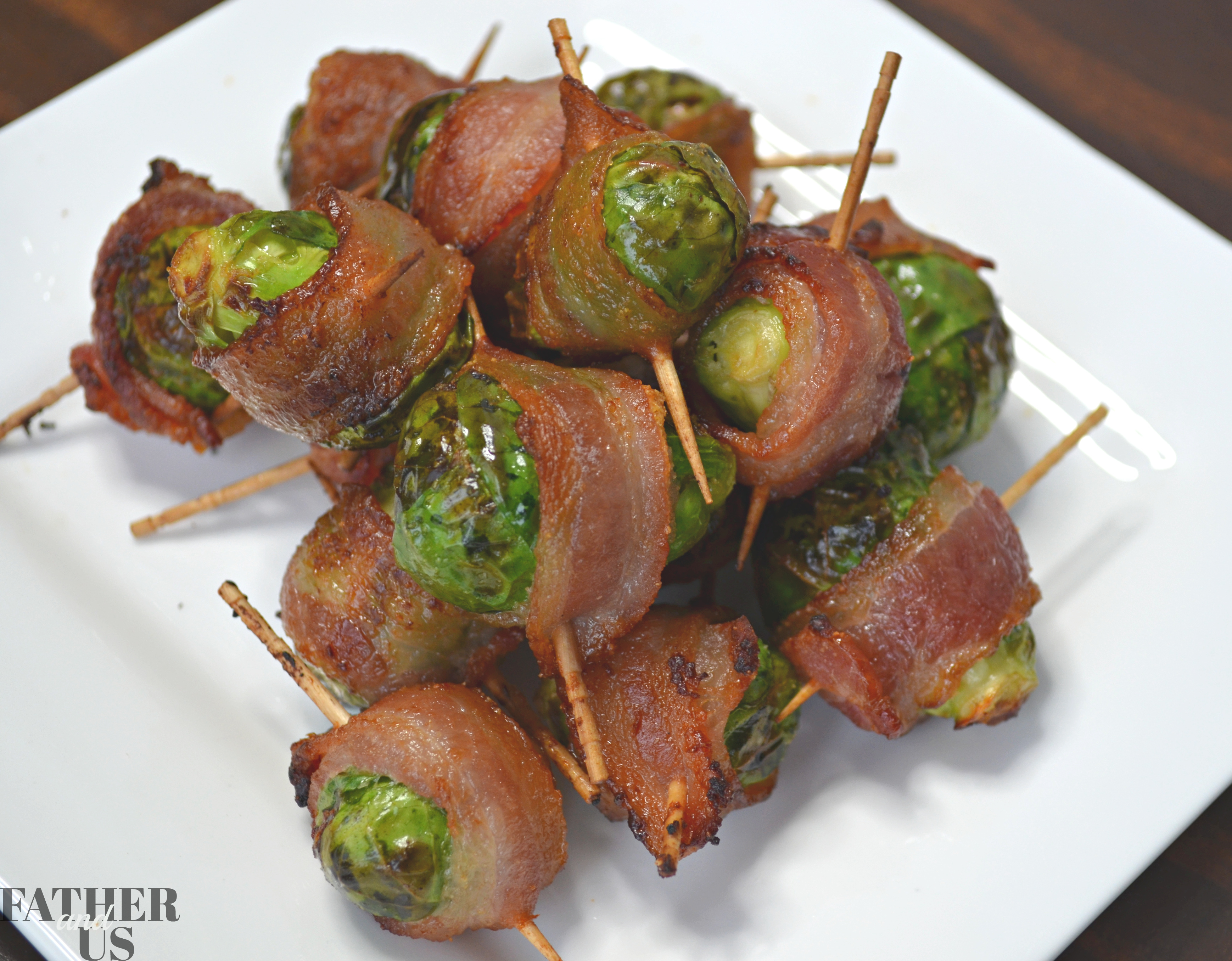 My Air Fryer Is Still King Of The Kitchen

My Air Fryer adventures continue! Lately, I’ve been into making some of my favorite Asian inspired cuisines, including Orange Chicken, Cashew Chicken and General Tso’s Chicken. I’ve found that my Air Fryer can make healthy foods a little tastier and decadent foods a little healthier! In short, I’ve been having a blast with it!

After making Air Fried versions of some established recipes, I’ve started to think outside the box a little bit. A while ago, I published a recipe for Air Fried Brussels Sprouts. They were delicious! I’ve always loved Brussels Sprouts (well, I probably didn’t love them when I was a kid), and I especially like them when they are nice and extra crispy on the outside after I roast them. So I thought that they would be perfect to Air Fry. I was right, they were. So… how could I possibly make this recipe any better…..?….  What is something that makes just about every recipe even more awesome?  Yep. You guessed it. Bacon! But, I didn’t stop there. I was on a roll. What if I brushed organic maple syrup on the bacon and then wrapped the brussels sprouts with it. Now I was onto something!

So, here I give you Air Fryer Bacon Wrapped Brussels Sprouts With Maple Glaze! 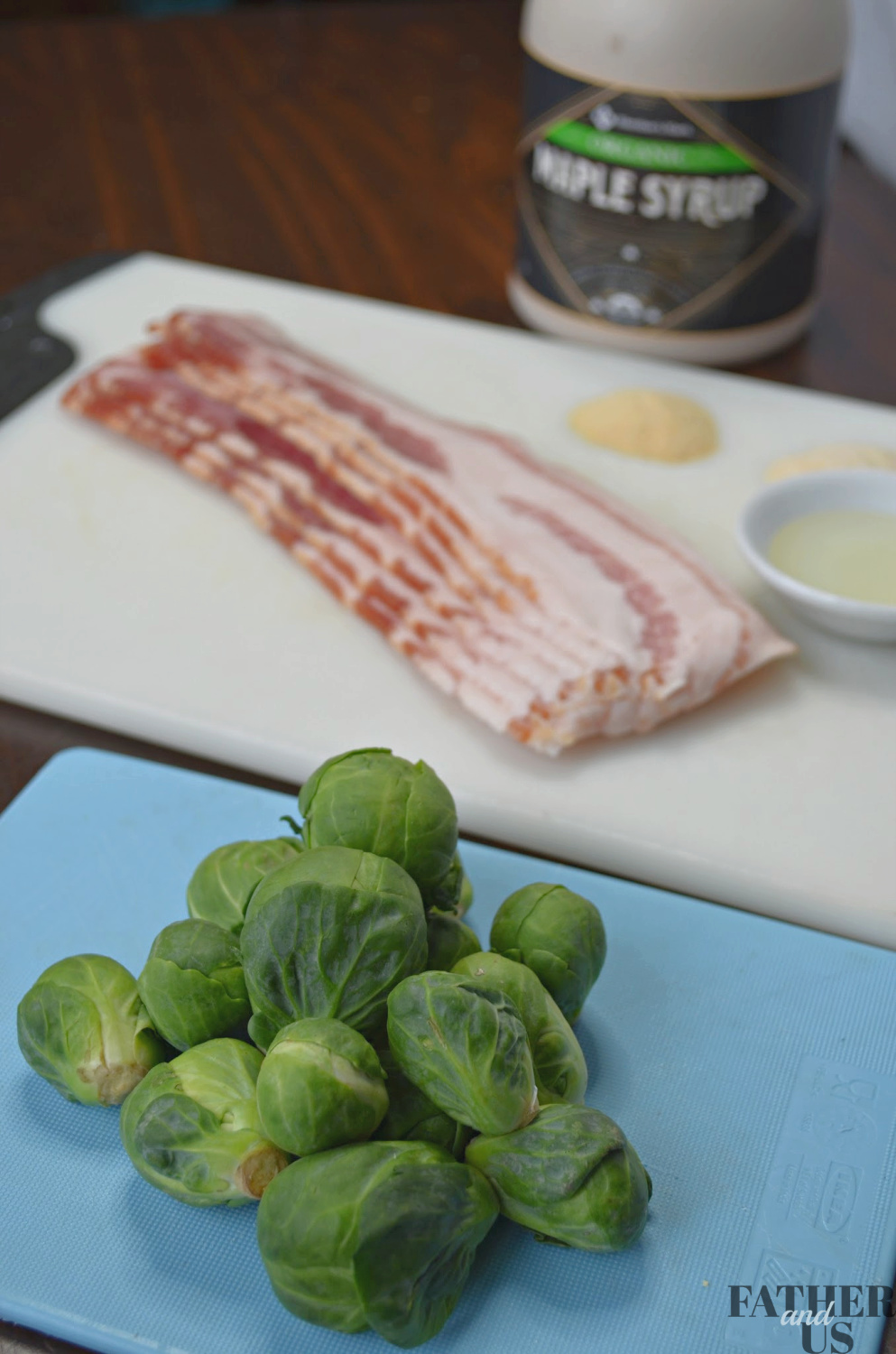 I can’ tell you how awesome this recipe turned out! I made them in the middle of a Wednesday. I let my wife have one to see what she thought of them. She said they were pretty darned good. Then she took another. And another. And another…  I made about 16 of these things. I had two of them….

I was really impressed with how they crisped up in the Air Fryer. I just feel like bacon is MADE to be Air Fried. I only brushed maple syrup on one side of the bacon and the sweetness was very subtle. It was perfect. But if you want a little more, you could certainly brush both sides of the bacon. 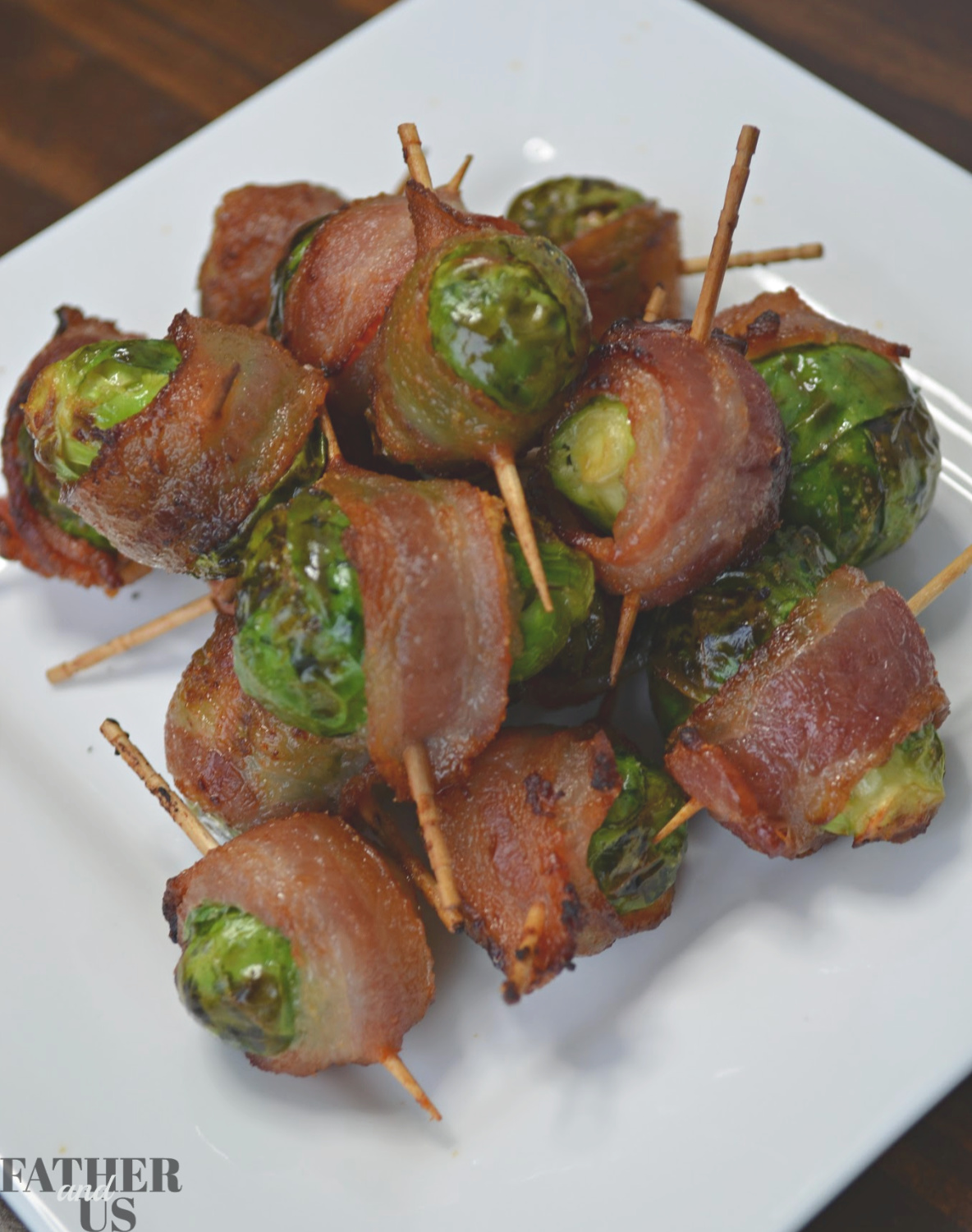 Putting them together and cooking them was quick and easy! The only tricky part is getting the toothpicks through the bacon and the Brussels Sprouts. I found that the trick was to make sure you are hold the brussels sprouts at the point where the bacon is wrapped around it. This keeps everything in place as the toothpick slides through.

Also, make sure that you use high quality bacon with this recipe. Don’t opt for the cheaper stuff with a lot of fat on it!

I set my Air Fryer to 375 degrees and cooked them about 4 minutes on each side. But, honestly, I’ve got two different Air Fryers and they both seem to have their own temperatures and cooking times no matter what I have them set to. So, just keep an eye on your Bacon Wrapped Brussels Sprouts and take them out when they start to get nice and crispy! 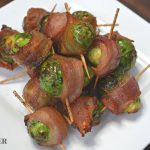